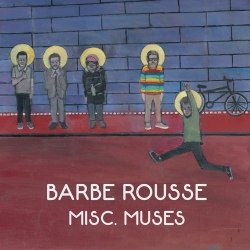 Okay folks, as you already know we have the Barbe Rousse album coming out on October 20th. It’s up for pre-order now!

What we’re here to talk about today is the album launch!

In Glasgow’s 13th Note on Saturday the 21st October, we bring the party!
On the bill alongside Barbe Rousse will be:

The Livi boys return with their own brand of jangly dream pop.
A brilliant act, not to be missed!

There will also be some spoken word from the sleeve designer Marky P. and the girls from Drugstore Glamour will be spinning some tunes too! And don’t forget the usual Double A-Side charity raffle! What a treat!

See you there! xo 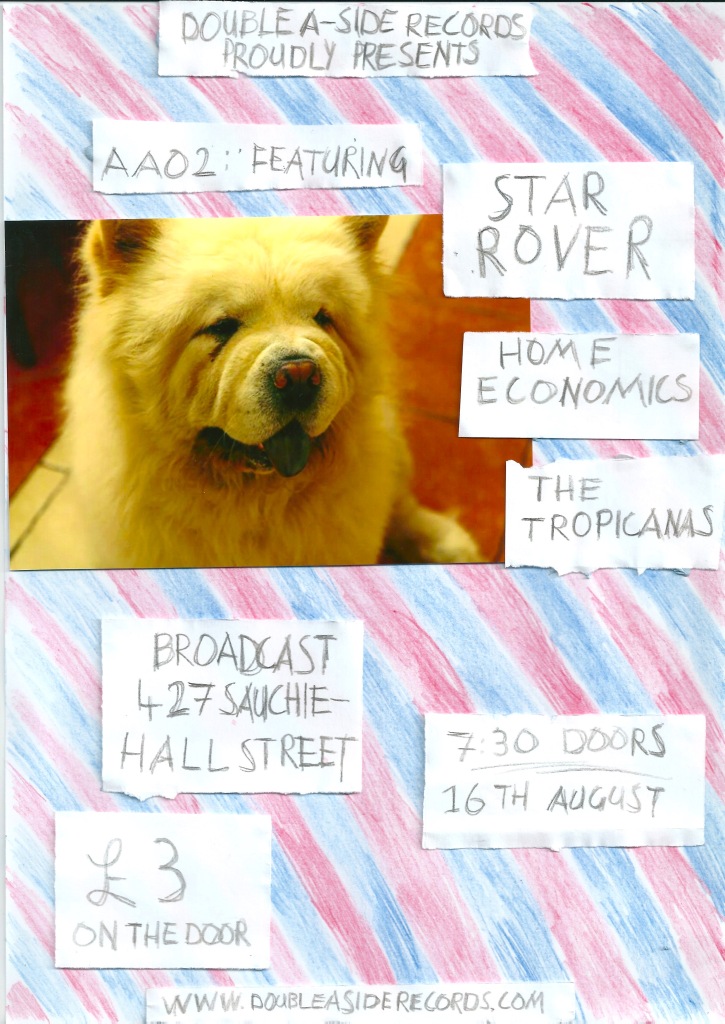 This week on Wednesday night, we are having another little party (I know school night again etc. but who ever listened to these things anyway…) We have an exciting line-up of guitar-pop talent from the central belt filling Broadcast’s basement. On the bill we have: 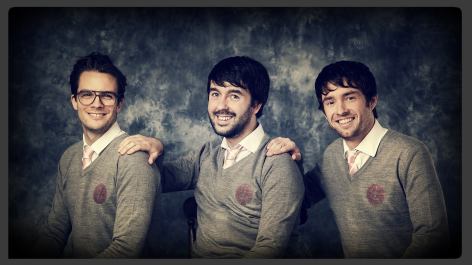 Self-described as “Edinburgh’s premier guitar-pop POWER-trio.” The band have been making quite a stir in their hometown and beyond. What’s more, they have an album coming out on October 6th on Edinburgh’s City of Glass. Check out the debut single taken from it below.

Double A-Side Record’s own Home Economics are once again bringing you their own brand of “shambolic pop” and silly 90s TV references.

Livingston’s dream-poppers bring to the table a dose of psychedelic reverb-y sounds. Fill your boots!

“How much for all this?” I hear you ask. The measly sum of three pounds is all we are asking for! There will be the obligatory Double A-Side Records Raffle and programmes for sale, too. The profits from both are all going to Cancer Research.

See you there and tell your pals! xo

There are many goings on at Double A-Side HQ. After posting our cryptic little announcement last week we are very happy to share the debut single from the upcoming album Misc. Muses by Barbe Rousse. It is available for free now so tell your friends!

We are very happy to announce that the album will be available on the 20th October on vinyl and digital platforms! So get it in yer diary! 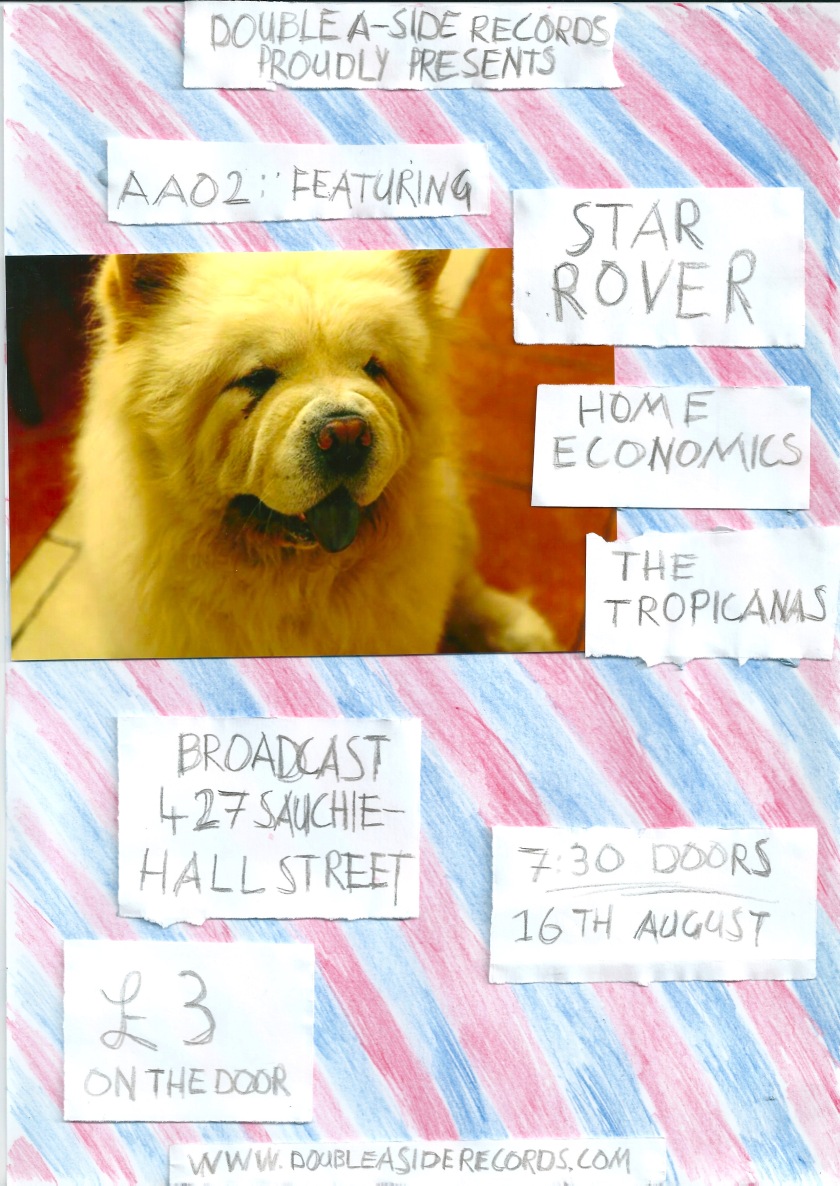 We are also gearing up (thinking of daft raffle prizes) for our next gig!
AA02: Star Rover, Home Economics & The Tropicanas

And finally we have tote bags for sale! Because everyone needs a bag for their records!

And one more thing: check out the mailing list, and tell all your pals about us! xo

On the bill we some local reverb-y treats.

All the details can be found over on facebook. Hopefully see yous there, we cannie wait!

Hi there. Welcome to our little part of the internet, wipe your feet.

What to say, well, we’re a record label based in Glasgow’s Southside. Our aim is not only to release music but also to put on gigs every now and again, and ultimately have a good time.

We are a very small DIY independent record label based in Glasgow.

So we said we were sitting on some news, and it’s probably about time we revealed it! We are very happy to say we’ve been working alongside the excellent @tulsaqueenmusic on getting her debut album out into the world!
Hello 👋 It’s us, we’ve been quiet for a wee while, we know, but keep your eyes peeled, as we have something in the pipeline…for now, here’s our “office intern” for next few days. #cat #catsofinstagram #cats #recordlabels #glasgow #indiemusic #indie
Happy International Women’s Day! This means it’s been three years since we released Play It Like a Woman, and we still couldn’t be more proud of it!
What a night last night ❤️It was amazing to have @tugboat_captain back up in Glasgow last night after releasing their album a year ago! @curdleband and @thejustjoans played absolute blinders too. Thank you everyone who came down and to @thehugandpint for having us 🍺❤️🥡 #gigs #glasgow #bands
TONIGHT IS THE NIGHT! We’ve got @tugboat_captain, @thejustjoans & @curdleband ALL UNDER ONE ROOF at @thehugandpint 🔥🎸❤️
Oaft not only was our Angus representing @sgr_recordcafe on @radio_buena_vida for National Album Day at the weekend, it was also ONE YEAR since we released @tugboat_captain's debut studio album 'Rut' 😱